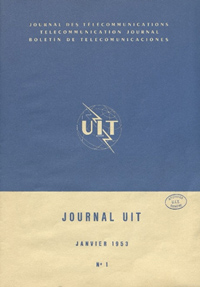 Starting in January 1953, English, French and Spanish texts were presented consecutively, in separate sections, instead of in parallel columns.  A cover with the new ITU logo was added to the issues.  These changes were intended to make the Journal more “attractive.”